BMW iDrive is considered by many to be the best control system ever installed in a car. Now the people of Munich are taking the next step and presenting the next generation at CES.  Bavarians remain quite closed to the disclosure of function and possibilities. With its “Hyperscreen” for the upcoming all-electric luxury sedan EQS, Mercedes has already made a good impression with regard to the orientation of future operating concepts and screen sizes. But not only the Swabians have thought about it. BMW is also reached that the iDrive operating system, which has now been installed for 20 years and which many specialist journalists consider to be one of the best in an automobile, needs to be revised.

What does that mean?

In contrast to Daimler, BMW wants to reserve the new iDrive system not only for the expected electric fleet but also for all upcoming vehicles, regardless of the type of drive they are using. That seems just as fair as the fact that nothing will be changed in the principle of combining a screen and iDrive controller introduced in the BMW 7 Series E65 in 2001. The main component of the new infotainment system, however, is artificial intelligence (AI) that “takes the relationship between driver and car to a new level”. What that means? Well, according to BMW, the increasing complexity of functions in the car should be reduced for the driver. 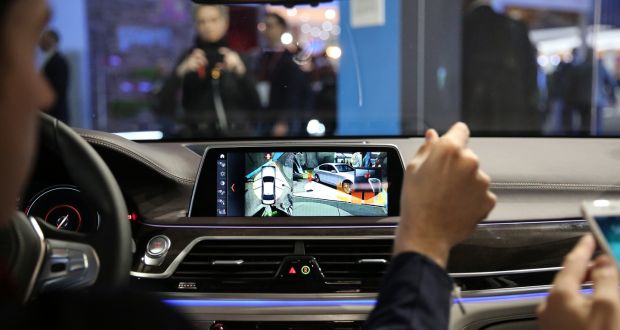 In other words, the pilot should be relieved of a large number of tasks. For example, the sensors installed in the car analyze the environment and can park in this way without any action on the part of the driver. The same applies to day-to-day driving because the system can make use of a growing wealth of cloud-based service data in real-time.