If you use a cliché about Italians, it is often that they are united by their love for fast vehicles. This has now been confirmed again by a collaboration between Lamborghini and Ducati because the latter manufacturer has designed a bike in the style of a super sports car.

The Italians discovered Lamborghini for themselves,

It doesn’t happen that often that a motorcycle manufacturer looks for a role model from a car manufacturer for one of its models. This is what happened now at Ducati. The Italians discovered Lamborghini for themselves, as it were in amicable bonds and a national sports community. Well, it’s not that far away, because both have their roots in Motor Valley, the part in Emilia-Romagna where some of the world’s most important companies in the automotive industry are based. But it could only be because both are already united under the umbrella of the parent company Volkswagen. 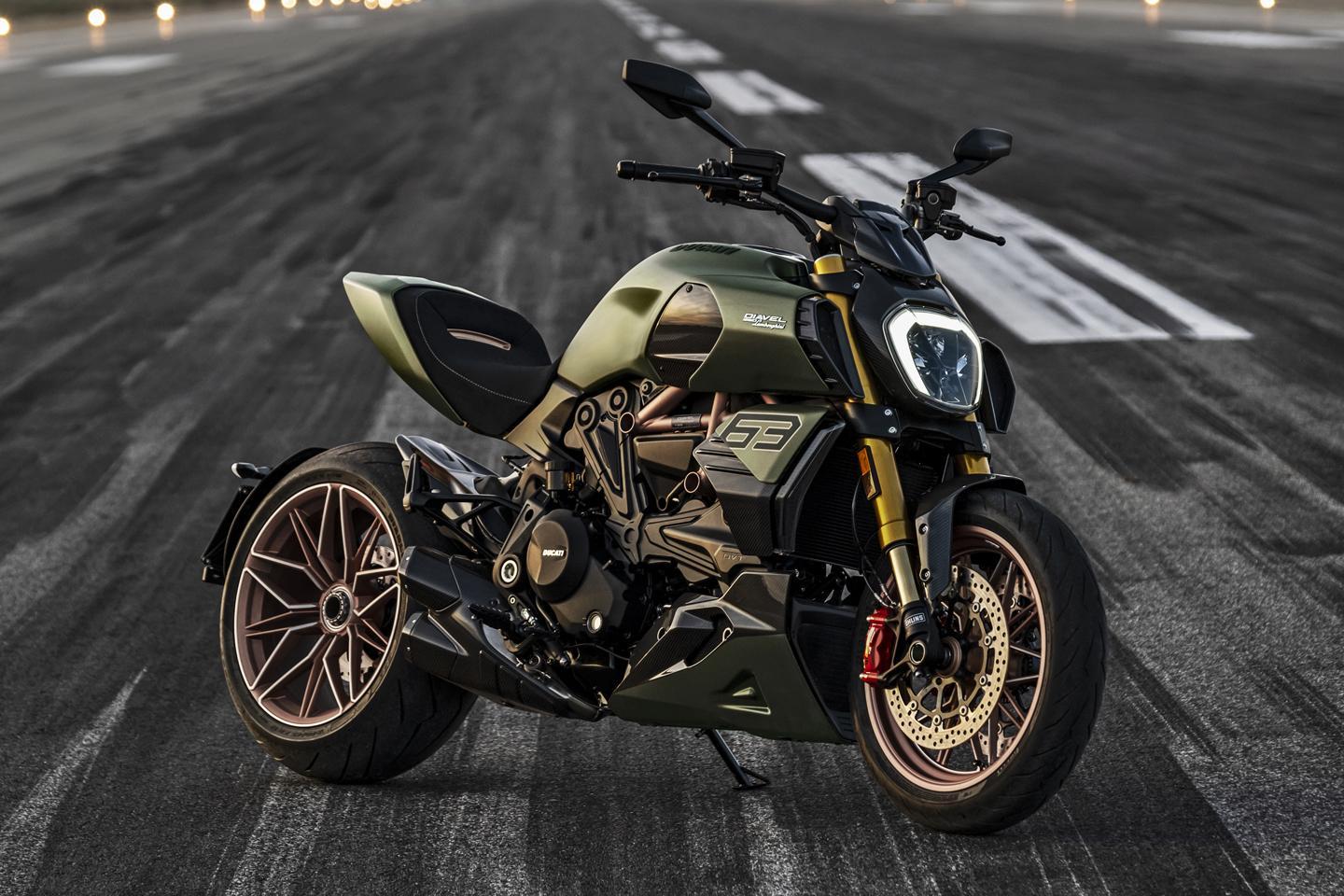 No matter. Which neat piece of the brand with the bull in the logo has Ducati chosen as its inspiration? It is Siàn FKP 37. In the Bolognese dialect, Siàn means lightning by the way. In this respect, the name is ambiguous: On the one hand, it stands for a top speed of 350 km / h, and on the other hand, the Siàn is the first super sports car with a V12 engine with hybrid technology based on supercapacitors. Incidentally, they are three times more powerful than a battery of the same weight. If you put this type of propulsion into numbers, then that means that 819 hp are available here, which accelerates the Sián FKP 37 to 100 km / h in 2.8 seconds.

Diavel instead of Panigale

To date, the Siàn FKP 37 is the most powerful Lamborghini that has ever been produced. Now the Ducati connoisseur might think that a corresponding counterpart to the bolide on two wheels would be a Panigale V4 SP. A super sports motorcycle that is clearly on par with Lamborghini in the two-wheeler league. But far from it: it’s a Diavel. So this wild mix of a maxi naked bike and a muscle cruiser, the heart of which is the 162 hp Testastretta DVT 1262 engine, which puts a decent 129 Nm of maximum torque on the chain. And so the part is called “Lamborghini Diavel 1260” after the design treatment. “The motorcycle was designed in the same style that characterizes the super sports car,” explains Ducati boss Andrea Ferraresi. “For example, the rims, which are a fundamental component of a motorcycle like this, are forged and bring it very close to the Siàn.” But that’s not all that distinguishes the Lamborghini Diavel 1260. The entire body was made of carbon fiber, and the paint with the name “Gea Green” corresponds 100 percent to that of the Siàn FKP 37. If you are looking for the typical Ducati red, you will find it on the Brembo brake calipers. Other important features of the Lamborghini design are the hexagon and the Y motif. The former can be found on the Diavel in the shape of the exhaust, the latter was noted on the seat. One thing is surprising, however: Although the radiator covers, air inlets, silencer covers, spoilers, tank covers, fenders, and headlight frames are made of carbon, the Lamborghini Diavel 1260 weighs 220 kilograms, exactly as much as its sister in everyday dress.

Ducati is asking for an impressive 34,990 euros for the magnificent motorcycle

The number of the special model is of course limited. Only 630 pieces of the Lamborghini Diavel 1260 are to be built. To justify this number, the Italians make the following calculation: The number 63, which is also noted in the paintwork, refers to the year 1963. The company was founded in Sant’Agata Bolognese. Now you multiply the number by ten and whoosh, you have the 630 limited copies that Ducati will produce.

The company was founded in Sant’Agata Bolognese

Of course, each of the bikes is provided with a consecutive production number, which is noted on an aluminum plate on the frame. The only question left is the price. Ducati is asking for an impressive 34,990 euros for the magnificent motorcycle. That’s a good 15,000 euros more than the Italians want for a simple Diavel 1260.

“The Baddest Man on the Planet” is back

"The Baddest Man on the Planet" is back